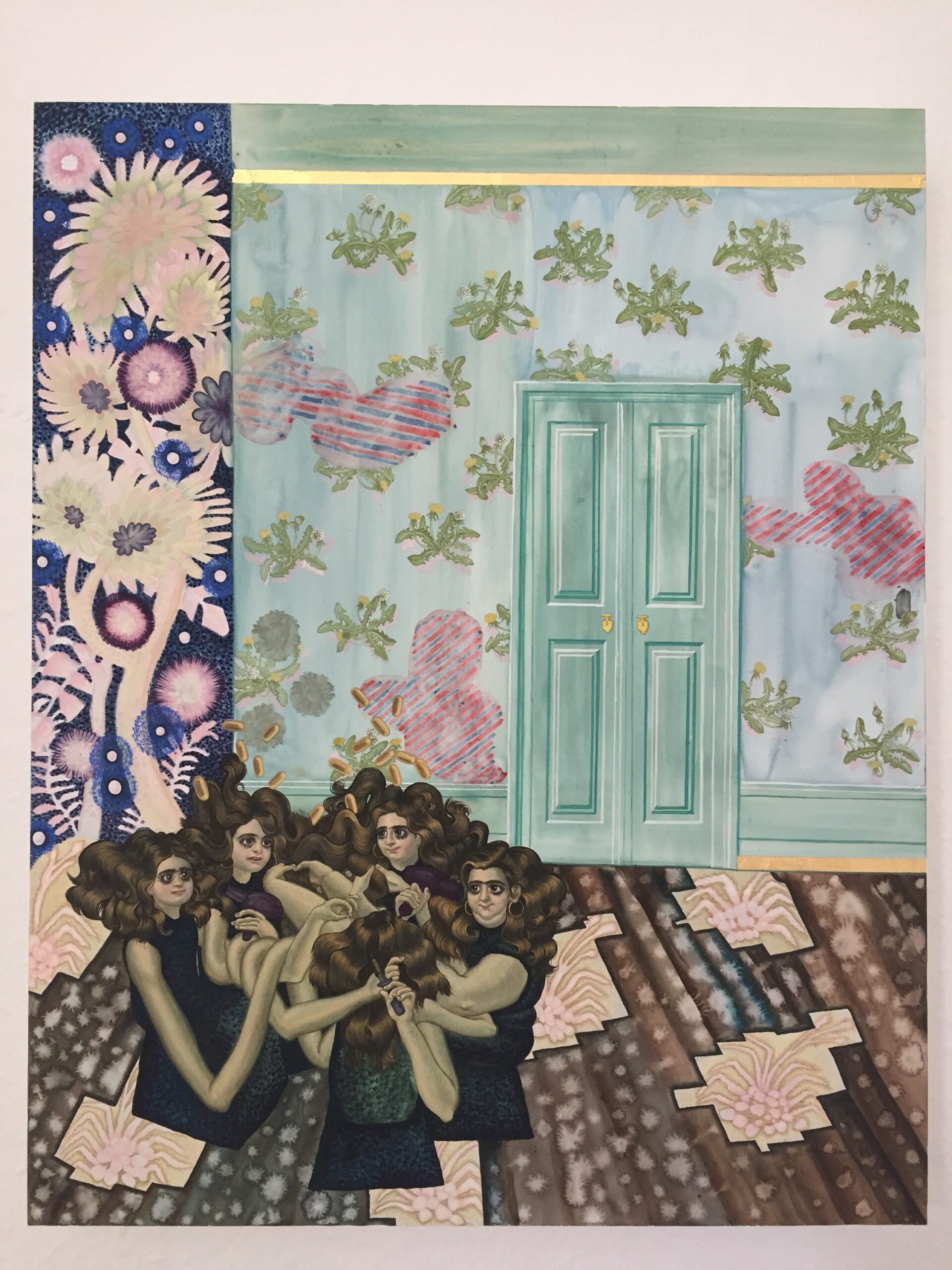 Larissa Bates (b. 1981 in Burlington, USA) lives and works in New York. She was raised between Vermont and Vara Blanca (Costa Rica) and graduated from Hampshire College in 2003 with a degree in Studio Art. Her Caribbean heritage is an essential part of her work. Her elaborate small-scale paintings more often depict family environments, where the artist includes some of her relatives, mainly her aunt and grandmother, and sometimes herself. When Bates inquires into social functions of families and the role of women in creating identities she does that from a personal point of view, but also refers to a broader cultural phenomenon. To create her vibrant, sometimes sunny, somehow dreamlike domestic scenes Bates relies on her technical minuteness, which leads her to work as attentive to detail as a manuscript illuminator. She has been the recipient of the Artadia Award and was a resident artist at the Lower Manhattan Cultural Council.

The value of connoisseurship has decreased

Any cookies that may not be particularly necessary for the website to function and is used specifically to collect user personal data via analytics, ads, other embedded contents are termed as non-necessary cookies. It is mandatory to procure user consent prior to running these cookies on your website.